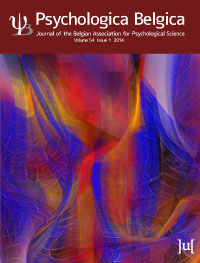 We test two commonly made assumptions of the generalized prejudice-literature. First, that the structure of generalized prejudice is context-specific, meaning that how prejudices are related is dependent on the intergroup context. Second, that different types of prejudice have similar political consequences and run via the generalized prejudice component. We perform these tests in the two main regions of Belgium −Flanders and Wallonia− and investigate the influence of differences in the history of immigration, experiences of the linguistic and autonomy conflict, and the separate party system and political discourse (i.e., the intergroup context) on these premises. We make use of the Belgian Election Panel (BEP) data that included measures of prejudice toward multiple outgroups (immigrants, Flemings, Walloons, homosexuals and Jews) and voting propensities for the main political parties. Our results show that, regardless of the differences in intergroup experiences, the structure of prejudice is identical in Flanders and Wallonia. Flemings are, however, more tolerant toward homosexuals and immigrants than Walloons. The political context and the set of potential political outlets does play an important moderating role in the translation of prejudices to party preferences: while negative attitudes towards the other regional group seem to divide the electorate in Flanders, it does not affect voting intentions in Wallonia. Anti-immigrant prejudice is crucial in both regions, but affects voters in different ways at the right-side of the political spectrum.