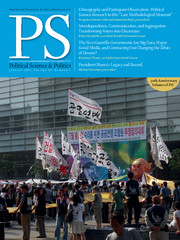 The campaign leading to the 2016 US presidential election included a number of unconventional forms of campaign rhetoric. In earlier analyses, it was claimed that the Trump victory could be seen as a form of protest voting. This article analyzes the determinants of voters’ choices to investigate the validity of this claim. Based on a sample of the 2016 Cooperative Congressional Election Survey, our analyses suggest that a Trump vote cannot be explained by a lack of trust in politics or low levels of satisfaction with democracy, as would be assumed given the extant literature on protest voting. However, indicators of racist resentment and anti-immigrant sentiments proved to be important determinants of a Trump vote—even when controlling for more traditional vote-choice determinants. Despite ongoing discussion about the empirical validity of racist resentment and anti-immigrant sentiments, both concepts proved to be roughly equally powerful in explaining a Trump vote.